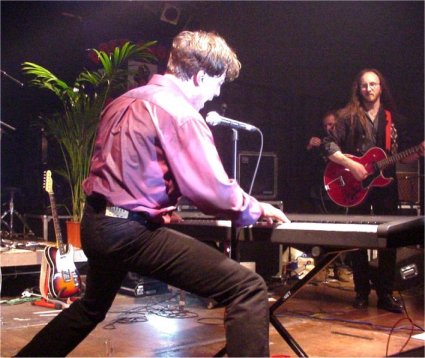 Born in Liege (Belgium) Chris grew up with the Rock ‘n’ Roll songs his father played; Chuck Berry, Little Richard, Elvis and of course Jerry Lee Lewis.
This influenced the rest of his musical career.

At the age of 5 Chris started to learn to read music.
He soon found out that this wasn’t quick enough, threw away the books and tought himself how to play the piano. 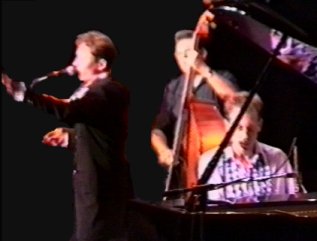 His first performance was at the age of 7 and from that moment he extended his repertoire from boogie woogie instrumentals to Rockabilly, Rock ‘n’ Roll and some Country & Western.
Slowly but sure Chris built up a reputation outside his hometown Liege.
And soon he was playing all over Belgium, followed by France, Holland and the rest of Europe.

During his concerts he’s not only improvising the most incredible piano solo’s with his fingers but also with the tips of his western boots, his elbows and sometimes even with his fists.
A Chris Watson show brings You back to the glory years of the ‘Sun label’ with ‘good ol’ Rock ‘n’ Roll’ ( Jerry Lee Lewis, Elvis, Carl Perkins, Little Richard and many others) and his own songs.
Great artists he played with -Scotty Moore, D.J. Fontana, Sonny Burgess, Nancy Holloway, the Magic Platters and the Jordonaires called his performances fantastic and impressive.
In Europe Chris Watson regular appears on television, together with many famous artists. 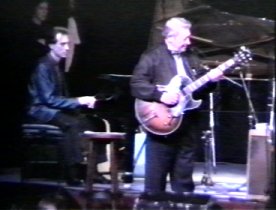 Chris recorded three 45’s (vinyl) which were sold out in no time.
His first CD album ‘Piano Killer’ sold so quickly that they pressed a second release.
This release was followed up by an excellent live registration from one of his concerts, titled  ‘Chris Watson Live’.